Now browsing:
Infobase / Vehicle sources / Auctions / A day in the life of an auction inspector

A day in the life of an auction inspector...

This is a first-hand account of what life is like as an auction inspector. It is not at all essential for anyone wanting to import a car to read or know all this, but to many import enthusiasts who have heard stories of what the auctions are like I hope they find this insight interesting. Some people imagine this to be one of the coolest jobs in the world, so this will no doubt both partially confirm and dispel that myth!

I will take a typical day going to USS Tokyo on a Thursday since it is Japan's (and quite probably the world's) biggest auction. On a good day there can be around 18,000 cars going through, and it runs from 9:30 am right up to midnight if things are busy. That means that a car sells once every 3 seconds, so it can be utter pandemonium.

From my apartment in Shinjuku to USS Tokyo in Chiba prefecture it is around a 2 and a half hour trip via some walking, 2 trains and a bus. 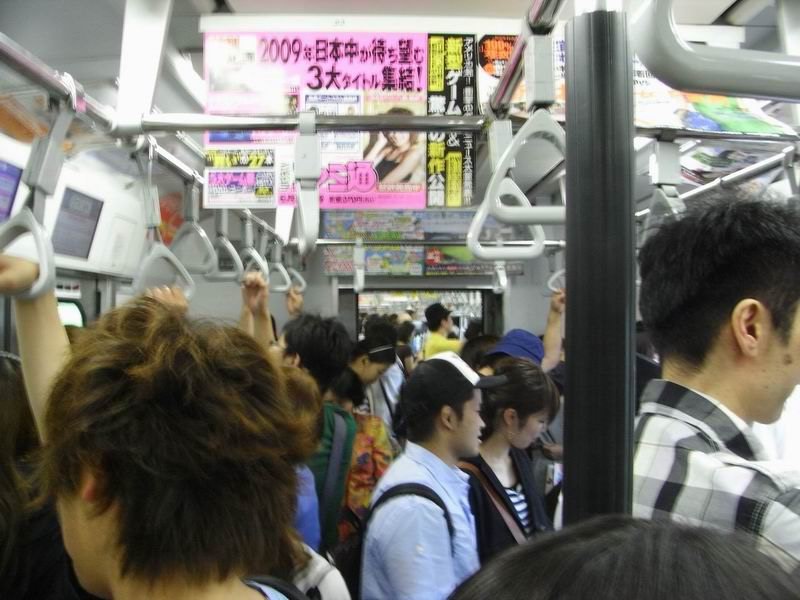 With a target arrival time of maybe 8:30am to get a head start on inspecting cars before bidding starts at 9:30, and getting everything prepared in advance that usually makes for a wake up time of around 4:45am or there abouts, so no matter how tempting it is Wednesday can't be a big night out on the town partying in Shibuya or Kabukicho. 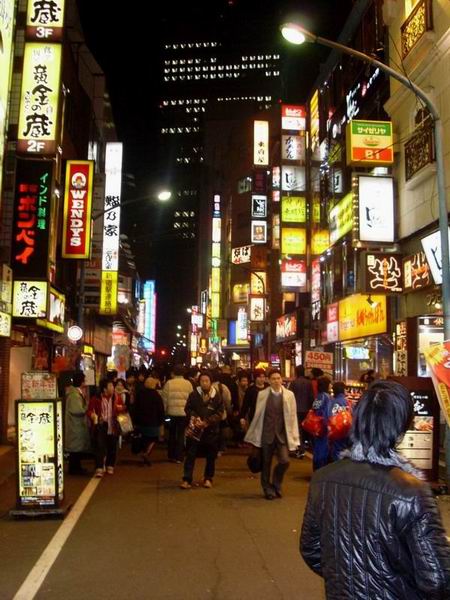 So I'm on my way. If hungry I'll usually stop at a standing bar for breakfast, which is exactly what it sounds like: a restaurant for people in such a rush you stand and eat, no time to sit down. Then it's on the trains for a few hours, depending on the timing it can be so crowded you literally can't move... I once mused it's like being in a mosh pit full of aging businessmen. In the morning Japanese people invariably do one of two things on the train: sleep or play with their phone, but I can't do either so I'll usually just listen to music. 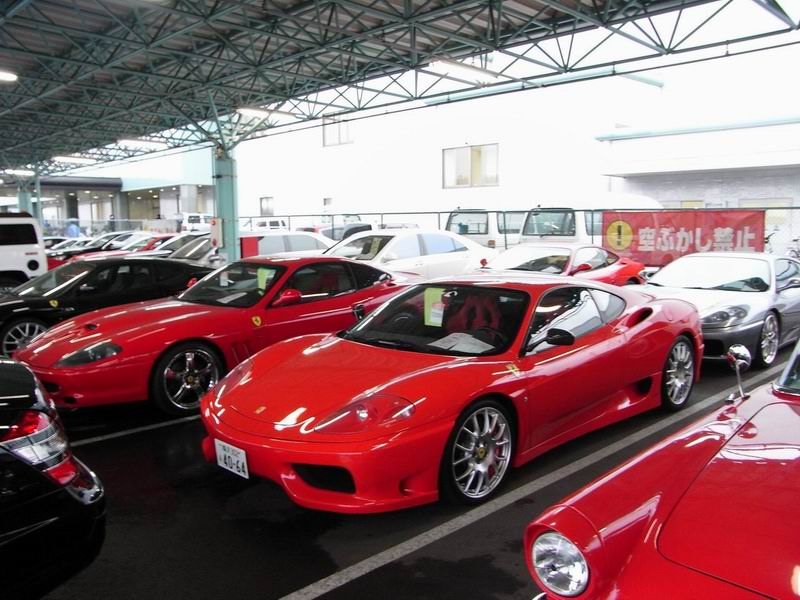 The Japanese love their exotics, and many can afford them. Most auction houses put all the really expensive stuff out the front to show off, not to mention keeping it in view of the security guards. Bouncing a Ferrari off the 9,000rpm rev limiter while it's stationary gets you some disapproving looks.

And you're there! Through some basic security checks (an ID card is required at all times) and it's time for the work to begin. USS Tokyo is huge, the area where cars are kept awaiting inspection is approximately 2km from one end to the other, and although there are shuttle buses it's quite easy to walk well in excess of 10km in a day just moving around. During a Tokyo summer it is regularly 35 degrees, 90% humidity plus and blindingly bright, and spending 8 or so hours out in this takes its toll. Sweat gets in your eyes, you have to lie on bitumen the temperature of a hot plate to look underneath cars, and the combination of sweat and lying on the ground constantly means you pick up grit and dirt all over your body very quickly. Add to that the sunburn issues associated with spending all day out in the bright, hot sun, and you start to wonder why you do it. Winter is no better, instead you have to worry about keeping feeling in your fingers (it can be 2 or 3 degrees), the burning hot ground is replaced by equally fun puddles to lie in, and if you're really lucky to add to the misery it will start snowing.

Literally cars as far as the eye can see. Instead of huge paved fields some auctions also use large multi-level car parks. A big day at USS Tokyo will see around 18,000 cars up for auction.

Where the cars are kept is essentially a giant car park. There are various numbering systems to help you find them and they are also sometimes grouped together in rough conglomerations (e.g. European cars, one owner cars, accident history cars and so on). If you are busy it's essential to have a system for wasting as little time as possible moving between cars or you can waste a precious hour of your day inefficiently walking when you didn't have to. Added to that you also have to be travelling back and forth to the bidding room to bid on vehicles, then immediately back out to look at more cars, then back to the bidding hall, and so it goes. Time management becomes critical if you have a lot of cars to inspect, and sometimes you can spend all day mere minutes ahead of the schedule as you struggle to get some breathing room. I'm not above having to madly run to the bidding hall to get there in time, though of course typically only to make it and find out they are running behind schedule and I had 10 minutes up my sleeve! 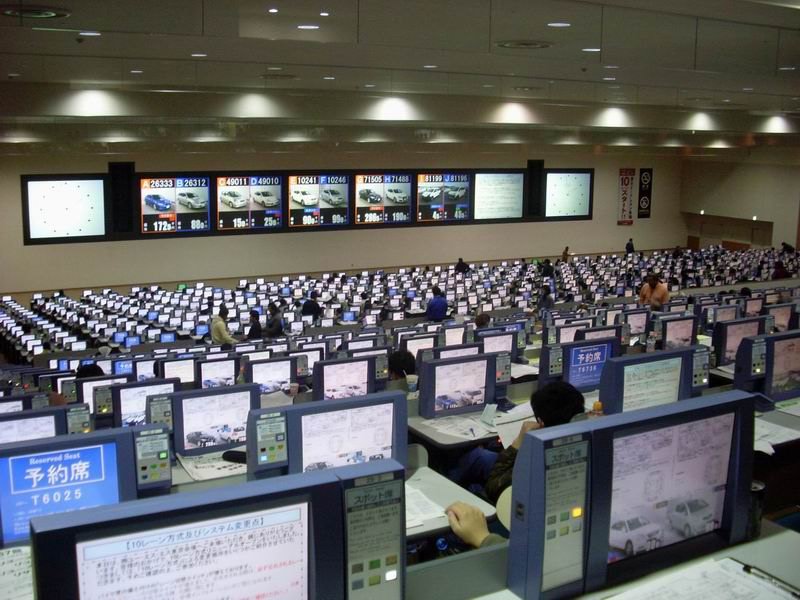 Where the magic happens..... inside an auction hall at USS Tokyo.

Ah the bidding room... utter chaos. Due to the scale and speed which cars go through (each car lasts maybe 5 - 15 seconds, and there are 10 of them all going at ONCE) it is a computerized system. At USS Tokyo there are TWO such halls with around 1,000 terminals to sit or stand at and bid on cars, so the scale is epic. 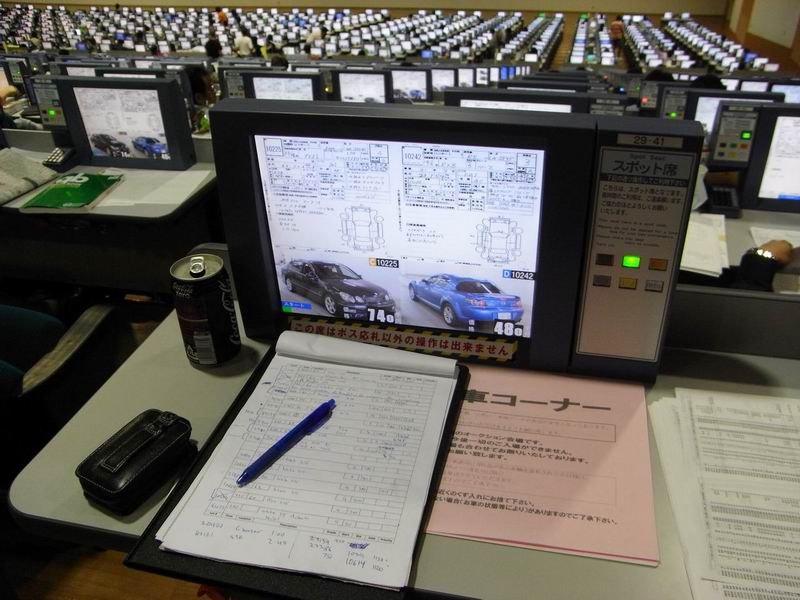 The office. You really feel like very samll cog in a very big machine when there are 2,000+ others all sitting at their own little stations too.

An ID card is inserted to register you in the system, and you can then bid on cars currently up in one of the 10 lanes by pushing on the little button you hold in your hand which is attached by a cord. The bidding system and how it works is complicated, chaotic and full of strategies and tricks that of course no one can agree upon, and everyone has their own tactics. Given that you can see the activity of other anonymous people on a car (you know when it's down to you and one other person!), that there are reserves in play, and that the seller can be at the auction adjusting his reserve in real time all make it a complicated and sometimes adrenalin filled process that takes time to master.... and it's all over in only a couple of seconds.

Note the bidding button in hand.

Anyone who has done this can tell you of the horror of the very rare situation of having 2 cars up in separate lanes at exactly the same time, and you have to watch 2 cars going through simultaneously, with a bidding button in each hand and less than a second to make separate decisions about bidding on each car... it's the perfect storm of confusion and mistakes waiting to happen, and although incredibly unusual it haunts my dreams to this day.

Sometimes with a few minutes up your sleeve you can watch all the other cars going through and the chaos unfolding, seeing cars go cheap and kicking yourself for not getting involved in the action yourself. It's not uncommon for half the bidding hall to become entranced as 2 bidders epically duke it out for a Lamborghini or some other exotic and you have to be careful not to get too enthralled or you'll miss your own car as it comes up. I remember once a McLaren SLR going through that practically everyone was watching out of pure curiosity, with slightly audible gasps going through the room as the price rose higher and higher... climbing at less than a mere $1,000 or so per second the bidding went on for a long time, I wonder how many people missed their own cars, distracted as the battle unfolded... 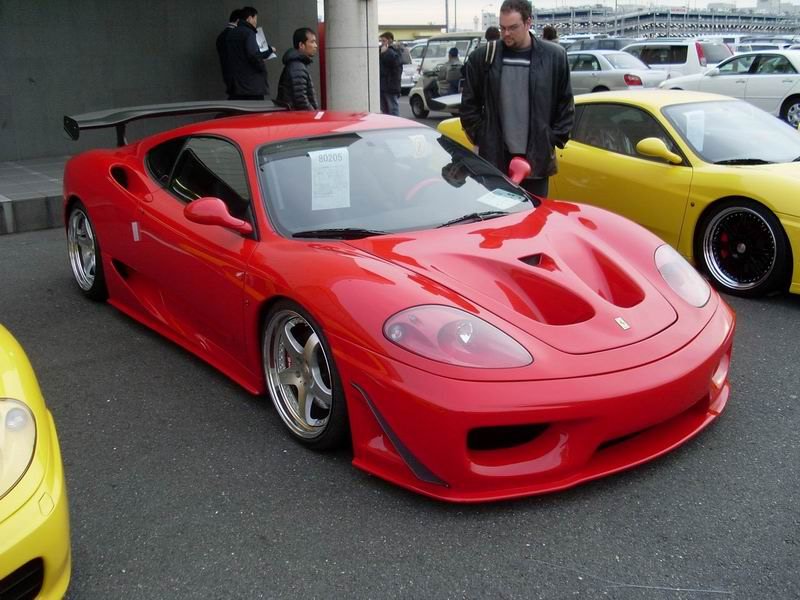 I'll typically carry with me a clipboard and pen (you have to have a system!), a flashlight for looking at underbodies and in engine bays, a phone, a spare phone battery as you may be on it a lot, a camera, various ID cars and lanyards, paper books outlining what cars there are and where, a timetable, a map showing which cars are where on that particular day, the odd tool, a hat, sunscreen, a notepad and other bits and pieces.

By the afternoon you've usually got some time up your sleeve, and you can go check out that crazy 600hp widebody this-or-that which you strolled past earlier while you were busy, and there are often some truly oddball cars around. USS Tokyo is THE place to sell high end or unusual stuff and often you'll see numerous show quality cars and modified vehicles which would be just unheard of in other countries. The range and variety is staggering, and it's one of the most interesting parts of the job, but sadly you become jaded and after a while don't even pay attention to the jaw dropping machinery that's all around you... it becomes blasé. 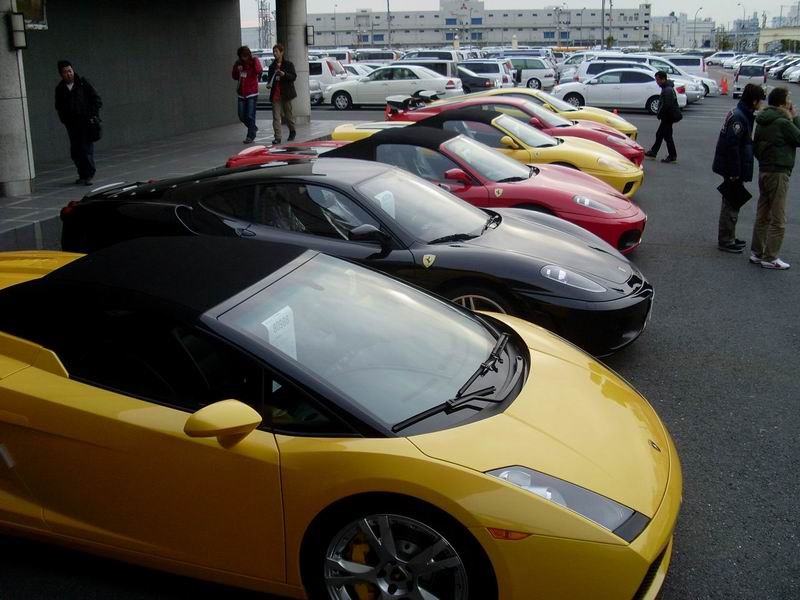 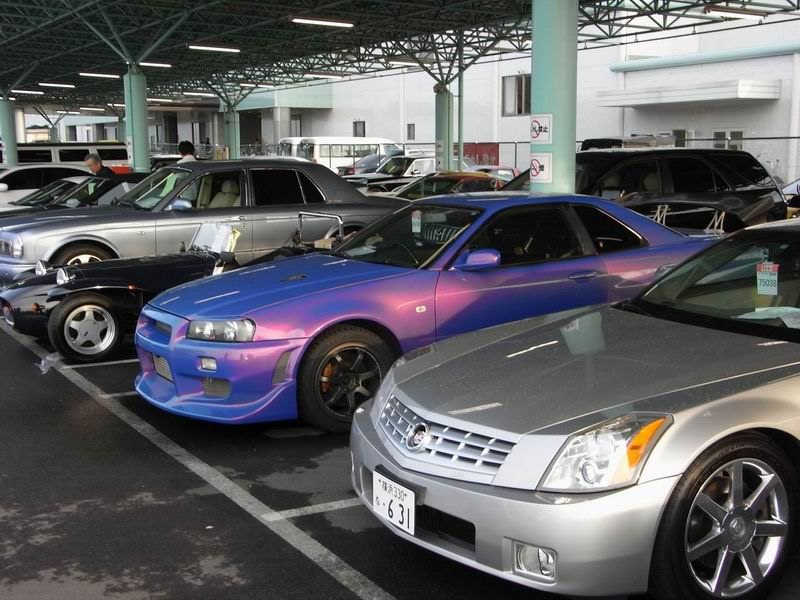 There's always variety. A Cadillac, a chameleon GTR, a Caterham and a Bentley 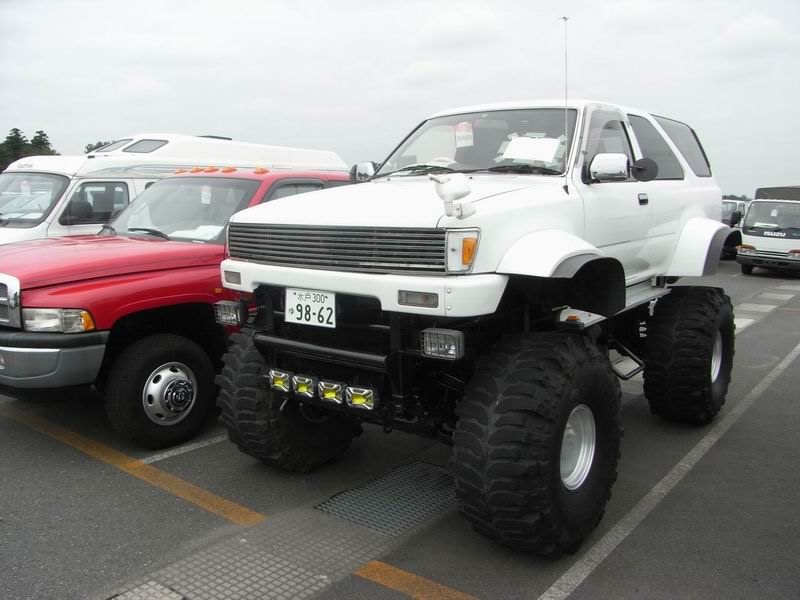 If you've ever tried to park even a normal sized car in Japan you'll understand how truly silly this is... 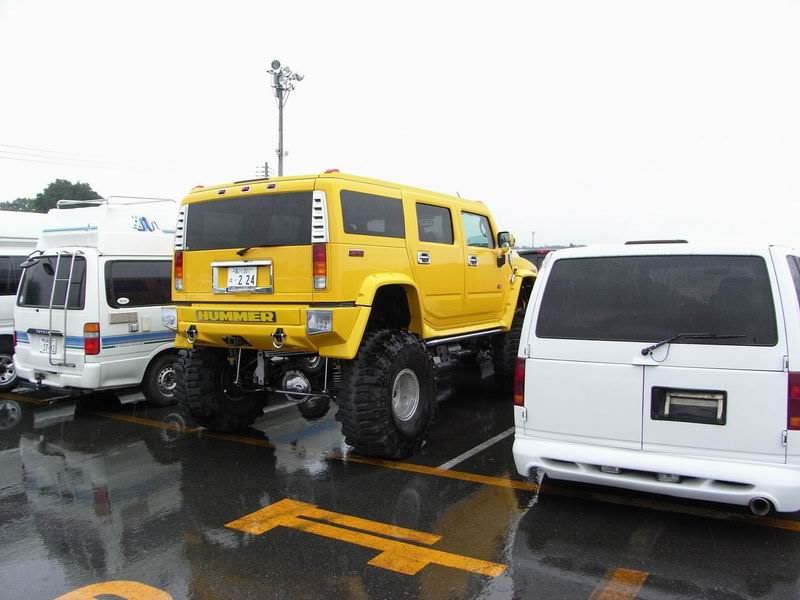 ... and yet there's always someone willing to take it to the next level 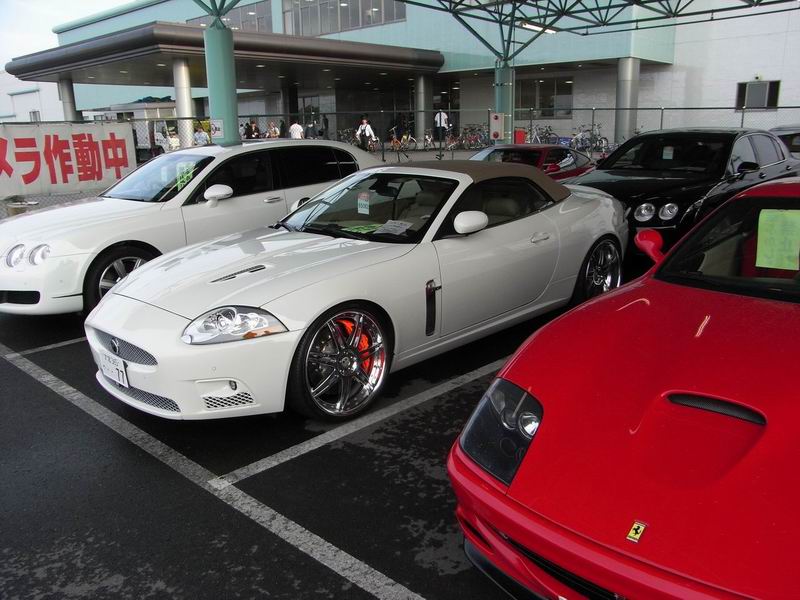 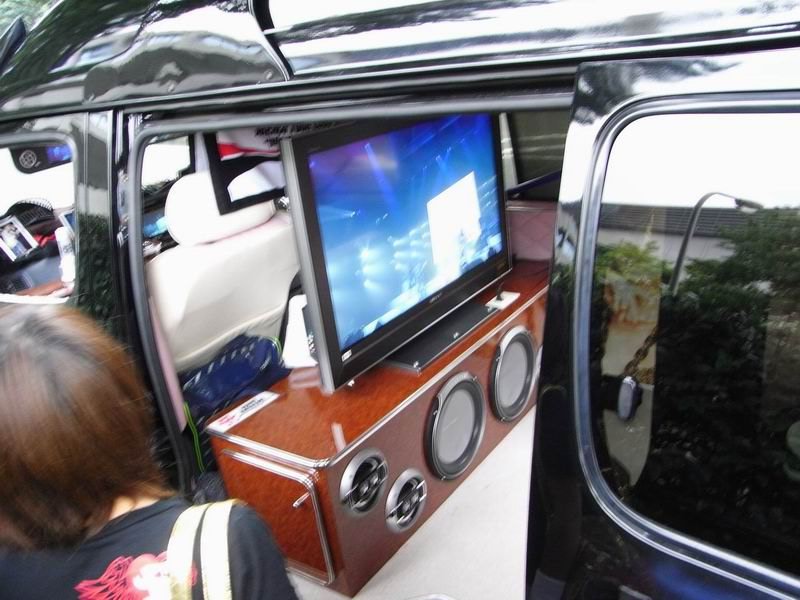 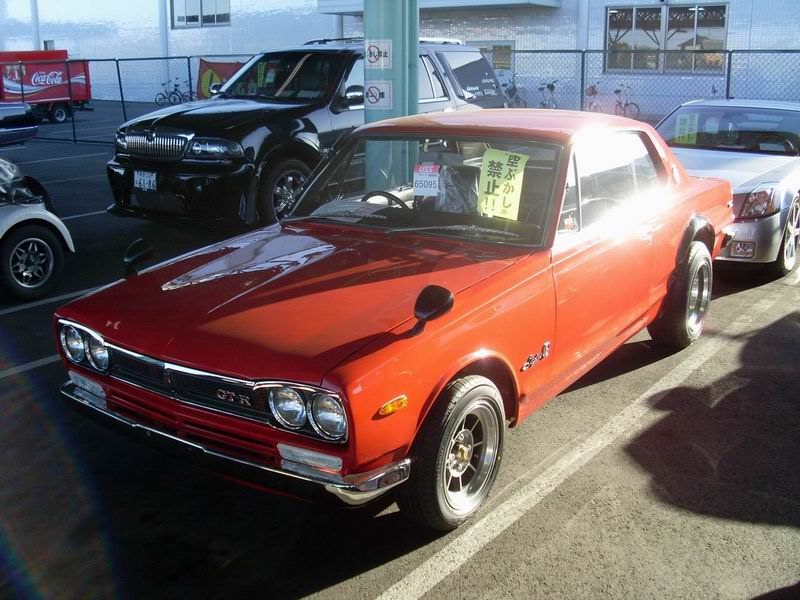 For the old-school fans... 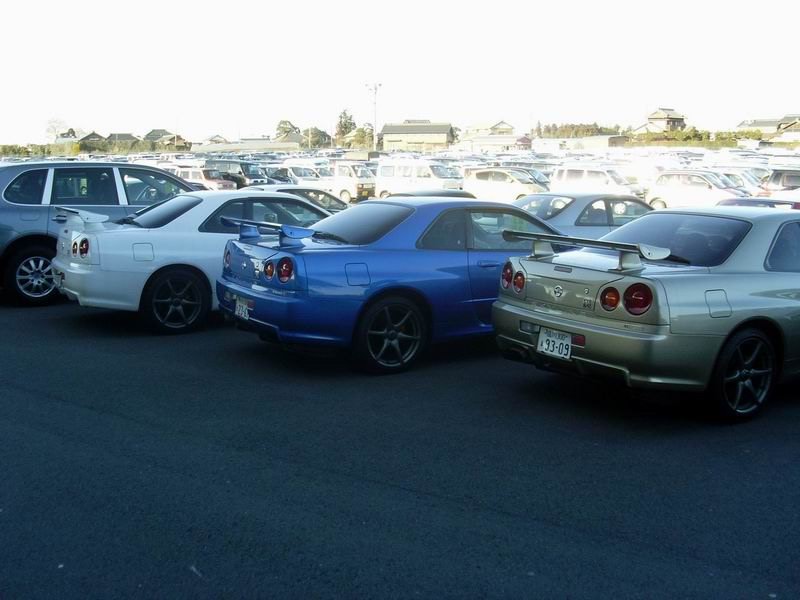 Depending on how busy I am and what cars I still have to bid on I'll maybe be done at around 8:00pm, so I'll be back home at perhaps 10:30pm. That makes it a 17 hour day all up. Grab some food (lunch at auctions are usually free, and reasonably adequate), in summer drink a good 3L of water as that's how much you will have lost in the sun or in winter I'll have a hot bath, leave the hellish paperwork for tomorrow and hit the sack. And then the next day I might go to a different auction and do it all over again...

It's hard, it's stressful and it's tiring, but it can also be very rewarding getting a beautiful car at a good price, or even picking a fault with a car that you are sure most people would have missed, and knowing you saved a customer heart ache down the line. Actually staring at cars all day and scouring them for faults and issues loses its charm quickly, but as a car enthusiast it's the life I chose, and I wouldn't have it any other way! 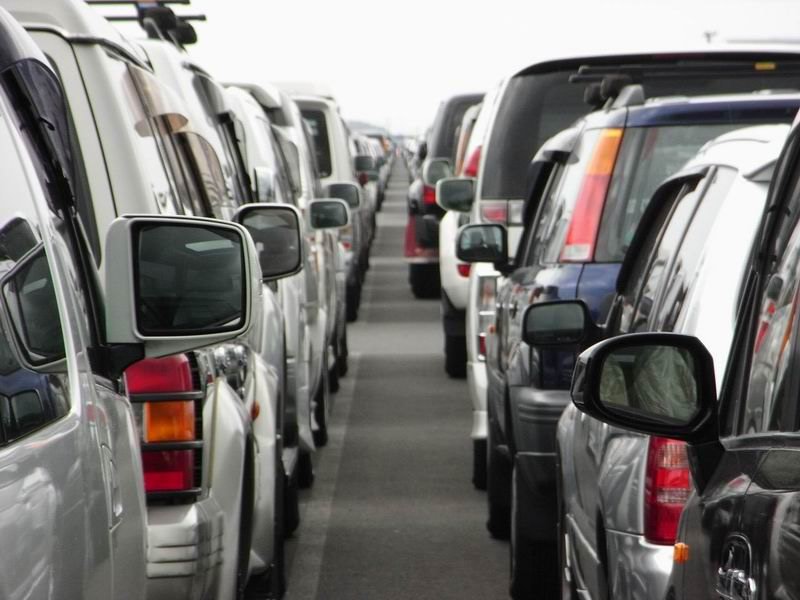 And it starts all over again at the next auction tomorrow....