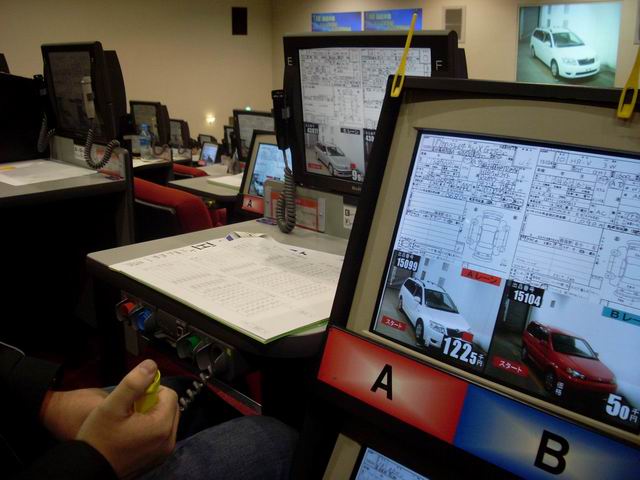 Bidding works like any other auction in that the highest bidder wins. However, at most auction houses bids are proxy bids, which means the maximum bid which you put in will not necessary be what you end up paying, and in fact is generally less. If, for example, you are prepared to bid a maximum of 400,000 yen on a car and the next highest bid by other bidders is 300,000 yen, then you would win the car at 303,000 yen (3,000 yen is the typical minimum bid increase). Only if other buyers were prepared to go as high as 400,000 yen would the car end up costing the full amount, so the maximum budget which you provide does not mean that you will necessary pay that full amount, it's just the highest case scenario.

To bid on a car you simply provide us with your maximum budget (once signed up, and we've had the car checked), and we will bid on it on your behalf.