It's been 5 months since our first email and the journey is finally over. I got my car registered today and it's a bloody good feeling.

Just wanted to say thanks a lot for all your work and assistance in personally checking the car and making sure it got here in good nick. Your service was marvellous!

If I go thru another importation of a car, I'll be using you again. :)

The Nissan Silvia is the name given to the company's long-running line of 4 cylinder rear wheel drive sport coupes, The S15 is the 7th generation Silvia and many enthusiasts lament that it is the last of Nissans turbo rear wheel drives and the end of the 90's era where a wide variety of Japanese high power turbo charged sports cars were in production. Today the S15 is still very popular for tuning and it is a favourite for many as the basis for both amateur and professional drift cars.

In Japan, the Silvia S15 is sometimes known as the "Strawberry". The term is common, as most car enthusiasts in Japan refer to a car by its chassis number. In Japanese, the numbers one and five (from the chassis type S15), are respectively "ichi", and "go" with the word "ichigo" also meaning Strawberry.

Spec R
The Spec R is the highest specification performance model featuring either a 6 speed manual or automatic transmission mated to the SR20DET, a 2,000cc 4 cylinder turbo charged engine. The SR20DET has been used in Silvias since the S13, however with each new model of Silvia the engine was tweaked for greater power and torque with the 'black-top' engine in the S15 putting out 184kW, or 250hp. It should be noted that the Japanese specification S15 Silvia is more powerful than the Australian model, which only produced 147kW, or 196hp.

The Spec-R also included extensive chassis and suspension strengthening via the use of larger anti-roll bars and strut bracing, and featured 4-piston front brake calipers.

One of the biggest changes to the S15 model of the Silvia was the implementation of a helical limited slip differential similar to that found in the 350Z. HICAS (High Capacity Active Steering) four wheel steering was available as an option

This model is allowed for import
Spec S
The Spec-S was the non turbo base model with 121kW (161hp) and featured only a 5-speed manual transmission (in addition to a 4-speed automatic). It also lacked the additional chassis support of the Spec-R, featured 2-piston front brake caliper and a slightly smaller brake booster. The Spec-S also only featured the viscous limited slip differential. This model is not allowed for import
Autech Version
A second highly tuned version was based on the Spec-S (non-turbo) model with the engine output increased to 200hp/150kW through the use of increased compression, more aggressive camshafts, and free-breathing intake and exhaust tracts, along with ECU tuning and upgrades to the chassis and suspension. This work was performed by Autech, Nissan's third party tuning partner. Remarkably, despite being a non turbo the Autech version has more power than the turbo S15 version which was sold in Australia, and this vehicle is a great choice for P-platers unable to own a turbo charged car. This version also included the 6-speed transmission and other upgrades normally found only in the Spec-R This model is allowed for import
Varietta
There was also a convertible variant of the Silvia, called the Varietta, featuring an electric folding retractable hardtop. The Varietta was built by Autech and was based on the Spec-S (non-turbo) model featuring the same naturally aspirated engine as the normal Spec-S, with a choice of 4-speed automatic transmission or 5-speed manual transmission. This model is allowed for import

Production of the Silvia ended in August 2002 amidst Nissan's efforts to reduce its myriad of platforms. For Spec-R and Autech models only December 1998 to August 2000 models are eligible for import, however for the Varietta any build date is importable. 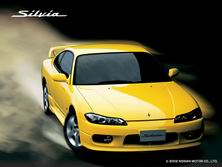 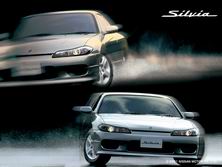 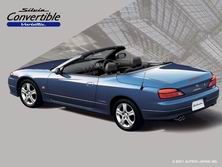 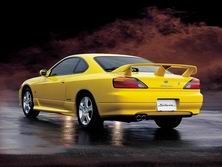 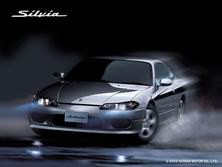 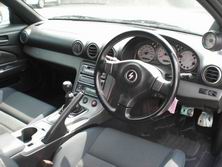 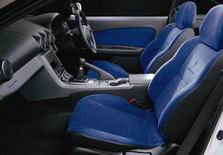 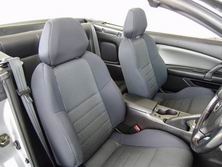 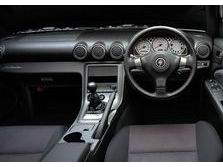 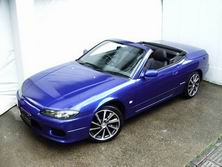 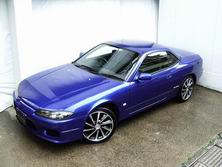 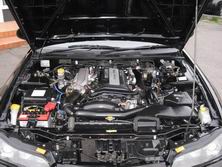